It stands above the coast, often much like Olympus, hidden in the clouds , the mighty Maido is the island most famous point lookout and according to the local cyclists the longest , cruelest climb in the whole world. At 40 km long and rising from the sea to 7480 feet, the ride traverses some amazing terrain. From the sugar cane fields of the lower slopes, the primeval forest with wind bent trees reaching across the sides of the winding road to make a welcome cool tunnel. 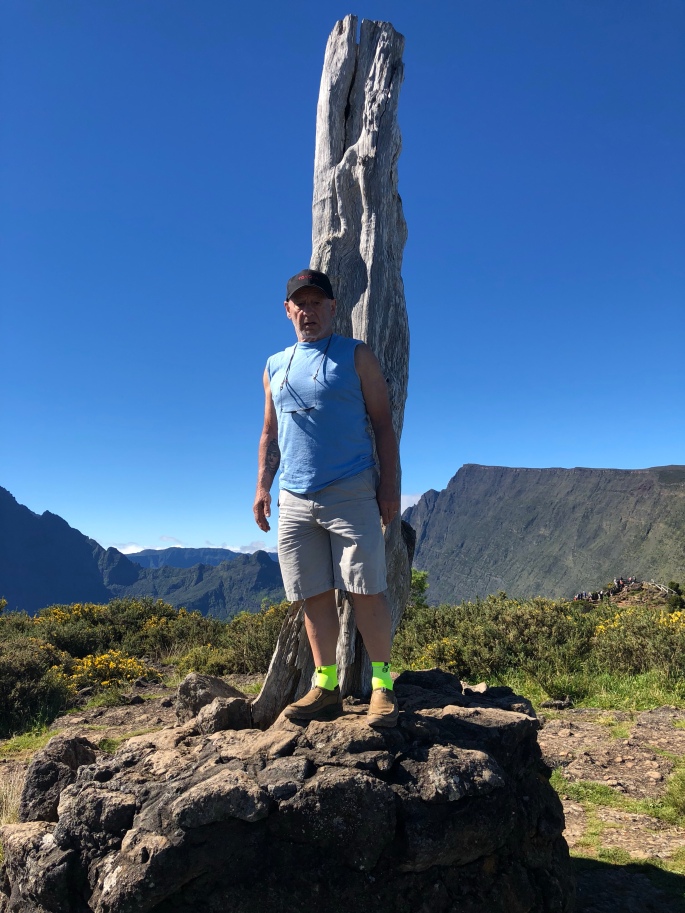 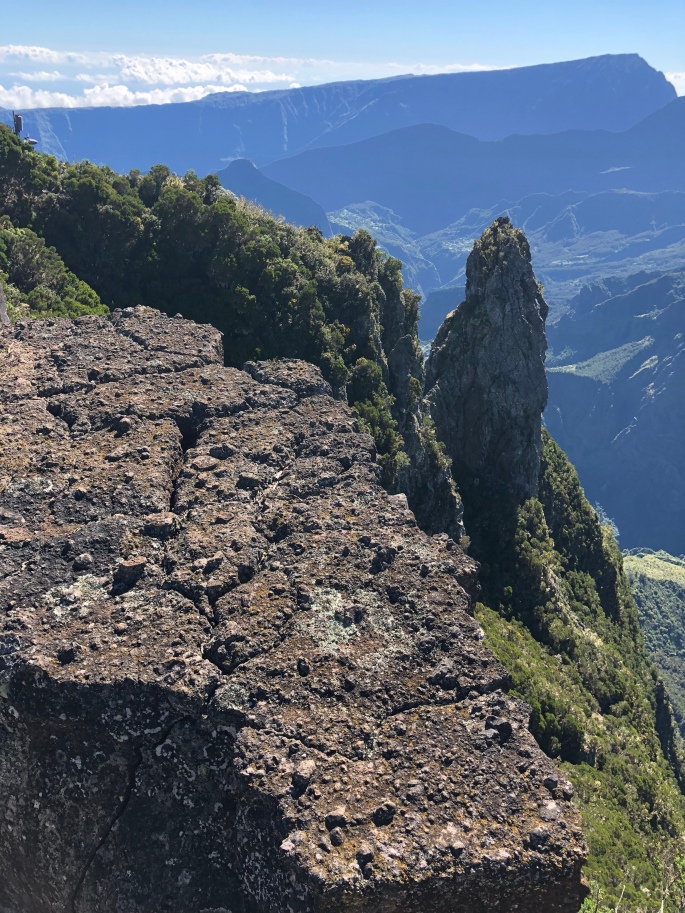 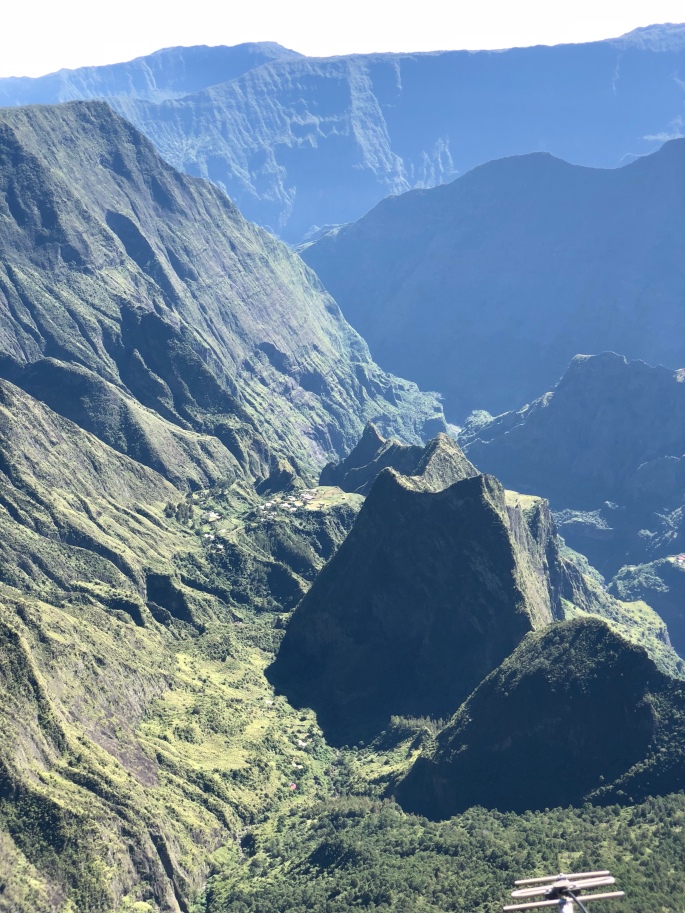 There no pictures to render justice to what the eyes experience as we stand on the rock face edge and look down. The feeling is akin to the Grand Canyon experience minus the sense of length ,of course, yet thrilled by the depth and by the greenery of the terrain. In some way What amazes here is the difference between the millenium slow grinding of the rocks by the water in the Grand Canyon compared to the brutal rock carving resulting from repetitive volcanic eruptions. In the end as often when confronted with earth beauty we stand amazed, bewildered and humbled all at once.

A fitting farewell to an island that has touched our hearts in many ways. 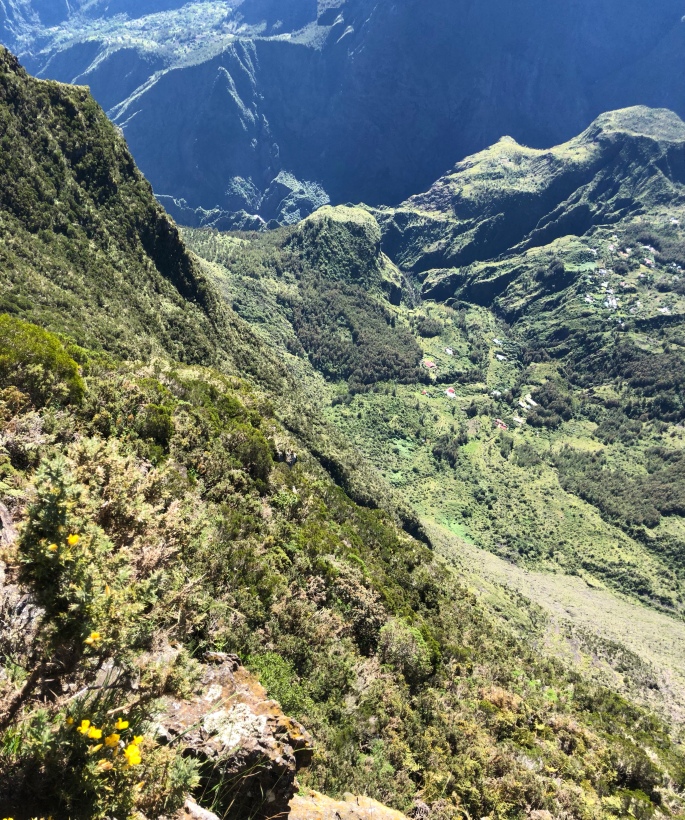 Perhaps in a strange goodbye, the Queen Mary II cut across the the horizon in the Indian Ocean sunset 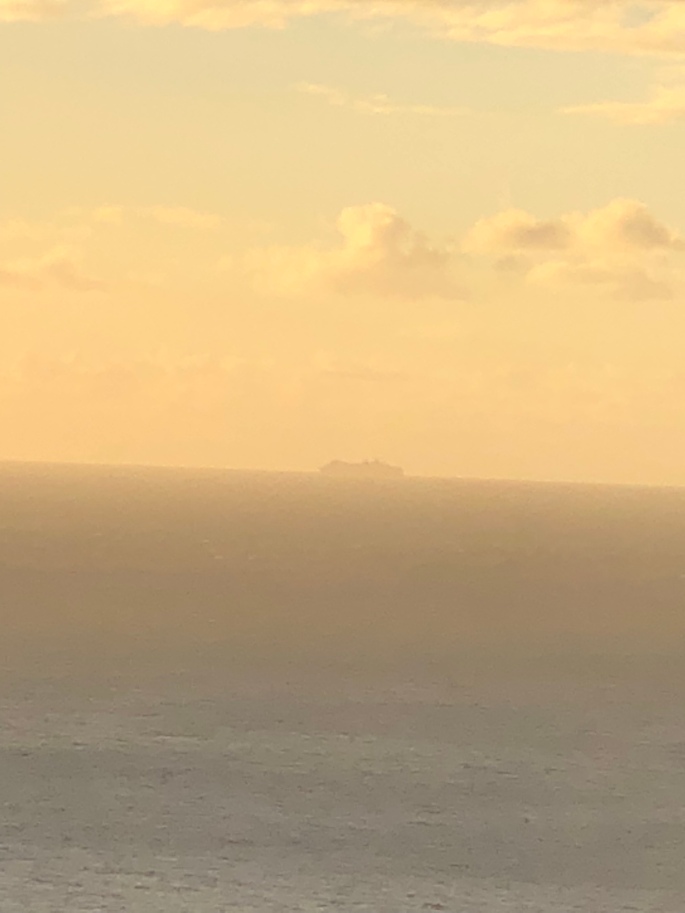